Building information modeling (BIM) has become a seriously important part of the AEC industry at a really fast rate to a point where it is nearly becoming mandatory to use the platform for large-scale projects by corporations and even countries. We must also remember that BIM is not self-explanatory.

It is complex to a point where it leaves people asking a lot many questions. The common questions asked are- What is BIM? What can BIM do? How does BIM work? Each question can be answered in multiple ways, which also leads to the possibility for a wide range of misconceptions. The misconceptions can create a barrier for people wanting to adopt BIM. Through this article we will try to clear some doubts.

What is the meaning of building information modeling?

BIM is not new but rather has been there for a long time. It made its first appearance as early as 1962, particularly when Douglas Engelbart wrote his paper ?Augmenting Human Intellect: A Conceptual Framework? and he described architect entering specifications and data into a building design and watching a structure take shape, this concept is extremely similar to modern parametric modeling.

The usage of the term ?BIM? first happened in the ?90s, but the recession put a pause on its early stages. It gained its ground after the recession and has really taken off in recent years. Since BIM was a late bloomer, it might seem like a brand-new and difficult concept for dedicated CAD users even though the shift from CAD to BIM was inevitable.

What are the things you Can Do with BIM?

BIM is 3D design and modeling software at its core but it comes with a twist. BIM is just the way to go is what is believed by Gensler, which is an international architectural design firm with projects like the Shanghai Tower under its belt.

Even though that particular project met with several tight restrictions during the design process, but with the ability to design and analyze different systems quickly and efficiently made the process easier.

Gensler, went for building information modeling as the solution. The regional digital design director at GenslerMichael Concannon, has said ?Gensler has made a concerted effort to integrate BIM technology and processes in all practice areas across all offices,? and ?The rate of adoption varies, but no practice area and no office is immune to the use of BIM technology.?The firm has been promoting the use of BIM among its clientele, and has been actively emphasizing that BIM is useful for the entire built environment, but at times they come across difficulty when the client is not familiar with the concept.

?I think there are a lot of misconceptions because BIM has changed a lot since its inception,? said Joy Stark, senior industry marketing manager at Autodesk. ?It?s really a product of how technology has changed.??If we think about it in terms of model-based design and a work process, then we start to see the possibilities,? Stark also added. Even though this mightsound, but definitions of BIM aren?t always so straightforward.

Here is How the Industry Defines BIM

The best way to begin understanding BIM is to look at what the industry has to say about it. The definitions are not all the same, here is a list:

Popular BIM software platforms such asRevit and AutoCAD Civil 3D has been created by Autodesk. The company has a high regard for information-centric view of design platform which has been confirmed by a discussion with Stark and Ralph Bond of Autodesk where they said ?BIM is an intelligent model-based process that helps make design, engineering, project and operational information accurate, accessible and actionable for buildings and infrastructure,?. This data plays an important role for a building information modeling project. You must remember that is what the ?I? in BIM stands for. By having high levels of data in a model can help you keep everyone on the project team on the same pagewhich will be of help in all stages of the project from conception to construction documentation and maintenance.

The makers of ArchiCAD, GRAPHISOFT, is one of the first BIM software platforms to hit the market. The definition of BIM provided by Mary Moscarello, a media relations consultant at GRAPHISOFT, was very different in comparison to Autodesk?s information-centric perspective.?BIM is the use of 3D virtual models of buildings, as well as a process of managing and collecting building data,? as said by Moscarello.

?When it comes to BIM, everything starts with a 3D digital model of the building.? For them it is not just the information which is crucial but also the model for the overall BIM process. It sets the stage for the overall project, contains all of the virtual equivalents to the building?s parts and pieces and it also invokes the practical applications of these pieces.

Modeling and project delivery software such as AECOism Building Designer and ProjectWise is built by Bentley Systems. A completely different approach is taken by Bentley when it comes to BIM as according to Harry Vitelli, the company?s senior vice president of construction and field project delivery. ?Using a BIM methodology improves collaboration and ensures a new level of control over projects of all sizes,? said Vitelli. ?Better project outcomes are achieved through a complete flow of information among applications and across distributed project teams for greater accuracy across the entire supply chain.?

Even though Bentley is aware of the aspects of information and modeling, yet their focus is on the process involved in BIM. This process, which works concurrently with the technological aspects of BIM, stays behind the scenes to keep everything working smoothly between project teams. By now you must be aware of how each of these definitions leans toward one aspect of BIM. Every company has a distinct view and opinion when can complicate the true meaning of BIM. Therefore, we must understand the common misconceptions regarding BIM as well:

Since every possible source which also includes industry leaders have their own definition of BIM. This can make a lot of users confused and create a number of misconceptions. Here are some of the common misconceptions:

It is believed that BIM is made just for architects.

To clear all doubts, no BIM is not just made for architects. BIM can be used in all kinds of building projects which includes the London Underground renovation.

This misconception is extremely common and a lot of people struggle to understand it. In case of CAD, it is assumed that the skyscrapers must have been designed using BIM, but the truth is even the road can be designed by BIM. The reason why this idea has become so widespread is simply because the construction and architecture were the first to adopt this process. It is believed that it might have been started from a very different place altogether ?One could argue that structural [engineering] was using it for a long time as well,? said Concannon. ?Even before architects were building 3D buildings, structural engineers were building 3D buildings to perform analysis.? ?BIM is for everyone,? Concannon also added. BIM can be used for every possible thing in the building environment. Given below is a list areas where it can be used:

There you have it?BIM is not just for architects.

It is also believed that BIM is just a design tool.

BIM has its technical core in 3D modeling and information management software. Even though the software is similar it is important to make a clear distinction. ?I think many people thought of BIM initially as a new way of delivering a project, so they were seeing it as a replacement for CAD products with some additional enhancements,? said Concannon. ?Really, that?s only the tip of the iceberg. When you look at BIM, you have to look at it not just as the way we deliver our projects but also as the way we interact and collaborate and use the myriad of tools available to us.? ?For me, the most important part of BIM is the ?I??the information aspect,? Concannon also added saying. Since BIM is all about the information, it does not just simply create a visually appealing 3D model of your building as it creates numerous layers of metadata and renders them within a collaborative workflow. A 3D CAD model can be created by BIM software by leaving the metadata and collaboration practices, but without a proper 3D CAD software a proper BIM model cannot be created. 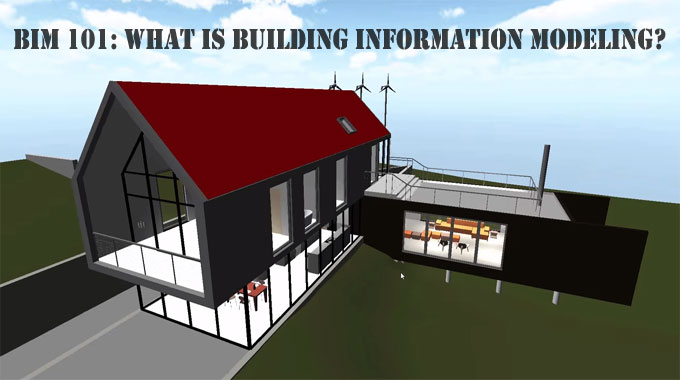