The Impact of Robotization on Bim Outflow

The Impact of Robotization on Bim Outflow

The architecture, engineering and construction (AEC) industries has greatly benefited by the introduction of BIM (Building Information Modeling). Digital, 3D building designs and construction plans are used by BIM to guide monitor construction processes and has impacted the AEC industries vastly. Not only by providing visualization but BIM has also helped significantly with coordination between different sectors by providing accurate, up-to-date information about the project.

The introduction of robotics will be another exciting addition to the industry. Both, BIM and robotics can function together. While robotics will take care of the dangerous routine tasks and in turn also increase safety and performance, BIM could be useful for acting as a map for the robot working on site.

Time and money, both can be saved by using robots to perform the dangerous manual tasks. With minimal assistance and supervision, the requirement for a big team of people will also reduce. Robotization will minimize expensive errors as well as reduce the possibilities of fatal accidents. Even during harsh conditions robots can be used. Robots are used now as safety inspector by the AEC industries.

Given below is a list of ways by which robotization will help accelerate and improve BIM workflow:

Robotics and BIM together not just helped with coordinating job but also was of great help to store database for construction robots to use. Stated below are such examples:

The Future with Robots

Robots will play a major role in the AEC industries with the rapid technological growth. Even though robots are not yet equipped to build structures according to required needs but with time and right growth even that will be possible. Robots have a high chance of replacing humans in field that require mathematical calculations with their super-fast speed and accuracy. 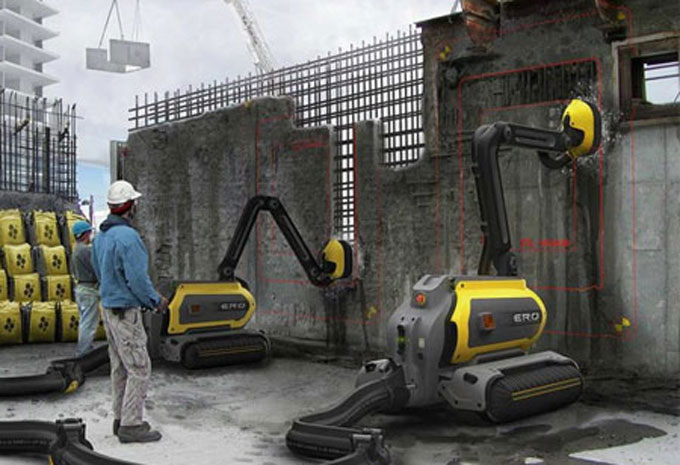