The architectural world saw the release of Autodesk Revit 2021, the newest version of the software for BIM. Revit 2021.1 and Revit 2021.2 include many of these updates, according to the San Rafael, California-based software company.

The design and computing communities were introduced to Dynamo 2.12, compatible with AutoCAD Revit 2019, 2020, 2021 a few days later. Dynamo 2.12 and Revit allow users to perform computational design and coding. Therefore, there is no confusion between Dynamo 2.12 and Dynamo Studio, which is an open-source product that builds on Dynamo technology. Dynamo 2.12 includes a number of new features, including improved file formats, compatibility improvements, advanced features, and improvements to the interface.

It will not be possible to merge Dynamo 2.12 and previous versions of the program since Dynamo 2.12 saves files in JavaScript Object Notation format rather than Dyn or Dyf Graph's XML-based format. Upon installing the new release, all versions of the files will migrate to the new format, and a backup copy will save off the original version.

There have been improvements to the scripting language. Users need to pay attention to the type of data they feed into a node. ‘Family-Instance. Translate’ took any geometry and translated it. Moreover, Dynamo also mentions that return statements in function definitions or imperative code no longer require an equal sign; users can write "return x;" rather than "return = x;".

Node libraries have been reorganized to reduce redundant data and improve user navigation. A subheading called Add-on will appear under all custom and non-default nodes. As a result, you can now resize and collapse the library window by manipulating the right edge of the panel.

The new version of Revit 2021 features a tabbed index with the ability to dock or toggle between views, just like Microsoft and Adobe products. Users can also drag and drop different views and windows across multiple displays with the support for multi-monitor.

Based on Autodesk Revit's details on the updates, the most requested feature is the ability to control viewing filters with the OR Boolean operator. The AND variable was previously used to control viewing settings. However, adding OR allows many more conditions to combine. A designer can, for instance, easily find out which of the building components have a "two-hour" fire rating or a "two-hour" fire rating.

The Dynamo suite updates as part of Autodesk's spring software release. Dynamo for Revit 2.12, released with the 2022 line of products, made some changes to Dynamo's core features.

Alternatively, Autodesk Revit can use for testing purposes on non-program-specific purposes, just like Dynamo. Additionally, this new version of Autodesk Revit contains a number of new features. As of 2020, Dynamo was released as a part of all new releases of the Autodesk Revit software. 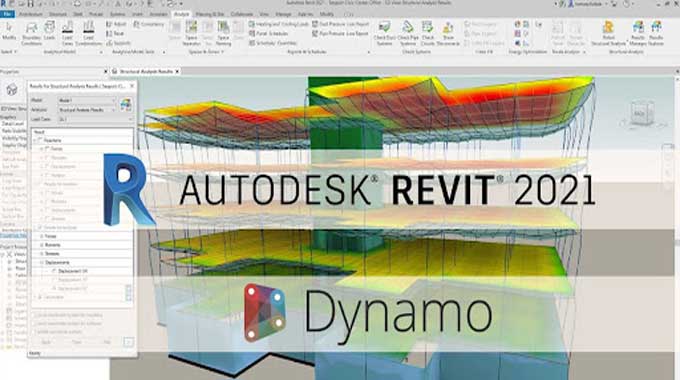