progeCAD introduced progeCAD Architecture 2014, the most updated version of its cad software

progeCAD introduced progeCAD Architecture 2014, the most updated version of its cad software

progeCAD, the leading solution provider in CAD software, just released the latest progeCAD Architecture 2014 version. This newest cad application is well matched with AutoCAD and other CAD programs having ability to work with DWG/DXF/IFC file formats.

progeCAD Architecture 2014 integrates cutting edge BIM technology and supports 2D/3D and native DWG. The user will be able to perform with directly on a 3D model that keeps the speed of execution and editing intact and provides great creative freedom throughout the modeling phase.

Now complicated parametric objects like doors, windows, roofs, stairs, 2D/3D furnishing can be directly included in a 3D model monitoring their interaction and transformation in real time. Instant visualization of all changes in 2D and 3D significantly saves up time and minimizes mistakes while reworking on a project.

The CAD professionals can include better flexibility to their design progression through IFC 2?3 file format import and export and multiple viewport features of progeCAD Architecture 2014.

progeCAD supports the IFC file format as well as the standard object-based file format by a data model and these features make it perfect to perform with other BIM applications like Allplan, Revit, ArchiCAD. The IFC format facilitates importing and exporting building data, along with multifaceted objects like stairs and roofs and minimizes the possibilities for loosing data to a great extent. The software is capable of producing several viewports on a single layout. It can also independently deal with visualization options to generate unique views of a project quickly as well as allow print layout management.

The making of project is fully optimized as the application transforms the building design processes consisting of modeling to rendering, and up to interactive virtual tours of a model, uncomplicated and simple. 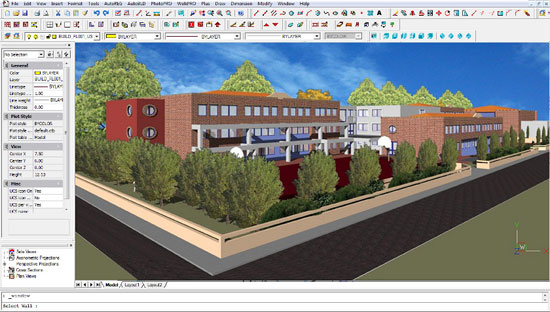