What do you mean by Dynamo in BIM?

Software is available in a wide variety of formats when it comes to Revit. It is possible for users to use any of these tools in order to get the best results from them. There is one particular program among all these programs, and that program is called Dynamo, among all the others. This is a plug-in that is compatible with Autodesk Revit.

This software is an open-source visual programming language for Revit that is based on the C++ programming language. In order to create this software, designers and construction professionals worked together. As a part of this program, the users are able to type lines of code as well as create an algorithm that contains nodes that can be used in other programs.

The User Interface for the Dynamo Application

There are five different sections that make up this piece of software. It is the workspace that takes up the largest portion of the section. A workspace in which programs are processed is called a workspace. Among the five sections, these are the following:

The workspace section is where all the visual programs are developed by designers. This workspace allows you to preview elaborate geometry as well.

Whether the user is working in a home workspace or a custom node, they are able to navigate the workspace by using the mouse.

It is possible for users to switch between different modes in order to change the navigation preview.

What is the functionality for Dynamo in Revit?

The Revit software now offers enhanced BIM capabilities for users to use in their projects. In addition to being able to create models and analyze complex geometries automatically, Dynamo and Revit also allow users to export data to Excel files as well as automate repetitive processes and minimize human errors.

It should be noted that other types of files cannot be supported by Revit. Scripting libraries with intuitive interfaces make the design process more efficient.

The Workflow of Dynamo in BIM

In order to use the application, users must first install it, and then connect various elements in order to direct one of the custom algorithms which contain both relationships and sequences. It is possible to use these algorithms in data processing, and geometry generation, with the use of the minimum amount of programming code.

The Usage of Dynamo in problem solving

Usage of Dynamo in Revit

A new feature in Revit is the generative design tool. Using user-specified inputs and goals, it can produce a set of design outputs that are based on the user's specifications.

With the use of Dynamo, different input values are repeated over and over again and outputs are generated based on a set of goals. During the generative design process, the particular nodes in Dynamo are used in order to make sense of the parameters. As a result, it will change the outputs that are created by the Revit tool when it creates the design.

The Saving and usage of Files and other Format

All files are now saved in the JavaScript Object Notation format, which can be read by all the programs. It should be noted that Dynamo does not support custom graphics and nodes that have been created with previous versions of the software.

As soon as the new version has been installed, all existing versions of the 1. x files will be able to be kept and converted to the new format.

There is a reduction in redundancy as a result of the node library. There is a subitem known as Add on that displays all the custom and non-default nodes that have been added to the item.

As of now, users are able to resize the library window and collapse it when not in use. Nodes are drawn in a particular order based on the order in which they appear.

Features in the newest version of the Dynamo Software

1. Improved performance by increasing efficiency.
2. A new version of the Analytical UI collection has been released.
3. In addition, it is more efficient and clear in following the choices of users.
4. A non-selected instrument cannot be activated for sending analysis information if it is not selected in advance.
5. In addition, one of the checkbox items is removed from the settings drop down menu.
6. The dashboard can also be streamlined with this software. 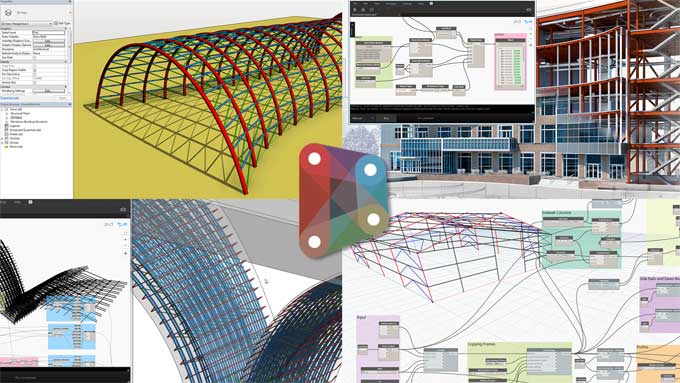