What is causing BIM to fail in the construction industry?

A bit over 70 percent of the users have adopted and are aware of the software, which had a dramatic increase in terms of adoption. In addition to addressing several construction reliability and sustainability questions, this unusual 3D model-based design methodology is also becoming a way for the young to contribute to the growth of the construction industry interested in contributing to the growth of the field.

There are also a number of factors that affect the adoption of new technologies, such as lack of training and expertise. Although 90 percent of engineers are aware of the importance of BIM, only less than half of them are actually knowledgeable about it when it comes to BIM, according to one study. Only through the training of people and the hiring of the right kind of people will the gap be filled and can the problem be solved.

As well as understanding the importance of BIM, managers should also look at their performance and stop considering the cost of training and software when making decisions. It would be beneficial for businesses of all sizes to investigate ways of incorporating BIM into their work cultures while reducing the costs associated with it, in an effort to improve the adoption rate of BIM.

It is important to note that the story is perceived differently by the world than it is by you. There are still some factors that limit the use of BIM despite the fact that it has been embraced with enthusiasm and awareness. It has been identified that one of the greatest obstacles to the adoption of this technology is the lack of client demand.

The benefits of applying technology are not dependent on the size of the project, and the ability to detect clashes does not differ based on the size of the project. As a result, when the client does not place high priority on technology, the designers tend to ignore it and let it slide. There is no requirement in the private sector to use BIM, and in smaller projects, new technologies such as BIM are discarded as they are not compelled to be used.

Importance of BIM in Construction Industry

By adjusting the design, architects are able to predict potential construction hazards and prevent them. In addition to leading their teams safely through the workflow and documenting the process, contractors can meet safety requirements and pass on-site evaluations.

BIM (Building Information Modeling) is being used in a variety of construction projects to make a completely new tomorrow. As a result of these challenges, the technology will have some initial adoption challenges as well, and discussed below will be a few interesting assessments.

As the construction industry is experiencing a significant amount of digitization in the 21st century, construction professionals have increasingly turned to Building Information Modeling to keep up with the market, especially when considering the past decade. There are still some who believe that, even though BIM has been adopted by many professionals in the industry, it has not met the expectations of some industry critics.

We will be sharing our findings after conducting thorough investigation and discussions with a panel of BIM experts regarding whether BIM failure is actually a myth or a reality based on our research and discussion of the question. 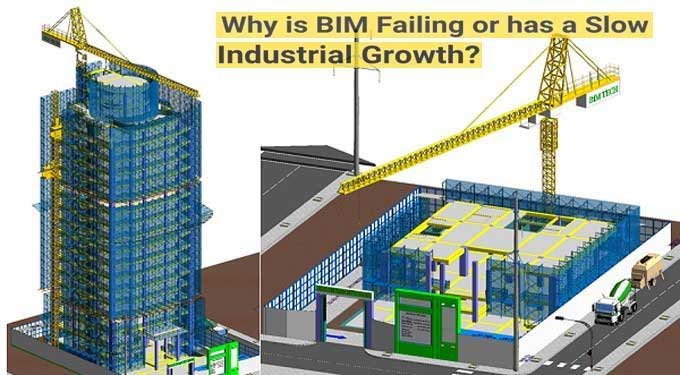