Bring BIM to life with augmented and virtual reality

There has been a statement that the fourth wave in terms of technological growth will be represented on the part of virtual reality and augmented reality. This fourth wave shall create a way for us to invest in our way of doing things and to increase our efficiency.

The reality is that we are now at the exact moment when augmented reality and virtual reality are going to be able to demonstrate the actual advantages that are already being used in a variety of sectors, including those in the construction industry.

There is an expression known as augmented reality that emerged in the year 1992 which was referred to as the enrichment of sensory perceptions through the use of various levels of information which can be perceived through the five senses in a variety of ways.

Aside from its origins in the military field, this technology, just like different technical innovations, has been widely used in advertisement and marketing fields to slowly conquer the tourism sector as well as the video game sector.

By utilizing appropriate markers, it will be possible to use information that improves the perception of reality. There are times when the software used to identify such markers is overlapping with the original image that has been enhanced with audio, video, and other 3D objects.

There are many applications of augmented reality, which make it well suited for various interior design applications since it has the capability of showing an item or some kind of virtual furniture set in a different room or space.

In the beginning, virtual reality was born out of a desire for the replication of a non-reality world, generating its characteristics in accordance with the perception of the senses and then performing various actions existing in virtual spaces while exceeding economical, physical, and security constraints, all at the same time.

Using VR, the information can be subtracted or added electronically based on how the information is presented. It is therefore a fact that data is rebuilt by a computer and as a result, it becomes preponderant as far as deceiving senses are concerned and generating the sense of being immersed in a virtual world.

Furthermore, we could also consider immersive reality to be an evolution of virtual reality since it can be accessed through the use of a certain viewer that can immerse you in some new world in which you can interact with it.

Consequently, it will be easier to understand how virtual reality and building information modelling work in conjunction with one another.

It is therefore possible to obtain 3D models of the buildings through BIM, which are considered to be the models for virtual reality in accordance with the definition.

One can readily demonstrate that one can create a virtual environment in which all the features of the project have already been defined and when the model has already been prepared using BIM software and the model contains all the special geometric and colour information about the colours and materials of the project. 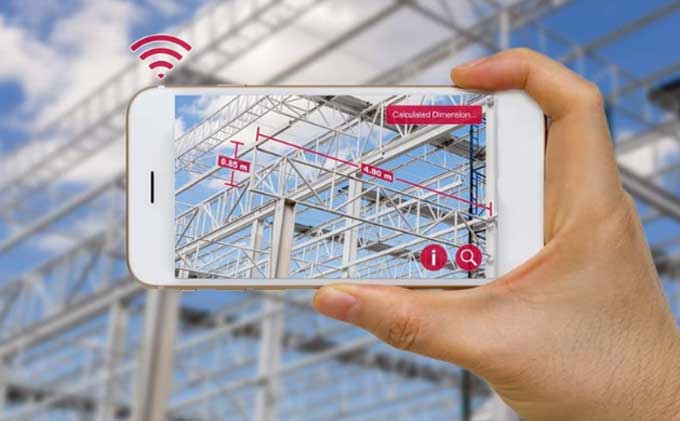