BIM Adaptation: how good is it throughout the time globally?

In 1963, Ivan Edward Sutherland, an American computer scientist who became known as the Father of Computer Graphics, developed Sketchpad, the first computer-aided design program with a graphical user interface. The Sketchpad paved the way for human-computer interaction such as BIM which is also known as Building Information Modeling.

Since then, the construction industry has been transformed by BIM. Construction sites around the world are taking advantage of technology to make construction easier. Globally, smart cities are gaining traction, thanks in part to urbanization taking new heights every day throughout the world. As a result, countries are now paying more attention to smart city adoption. When a country adopts BIM, it can become rich on the infrastructure side, making it a role model for others.

The UK is currently implementing the most ambitious and radical BIM strategy in the world, which aims to increase the global image of UK designers, contractors, and product manufacturers to win new work, grow the economy, and create new jobs. Any British government project you want will not be accessible if you are not compliant with BIM Level 2. You can think of the importance of BIM in the UK.

BIM exploitation, BIM service provision, and BIM standard development provide a window of opportunity for the UK to capitalize on the success of its domestic program.

Currently, BIM plays a significant role for all large organizations, and it is now spreading to smaller organizations as well. The tendency of smaller practices to adopt BIM is lower than that of other practices. Here, BIM is not restricted to large practices or more complex projects, but it is widespread everywhere.

In the United States, BIM adoption gradually slowed to the point that countries that adopted it more slowly took lessons from the United States and avoided some of the issues it encountered.

Currently, there are no mandates for BIM from the government side. Despite that, the country does not disregard technology. Although most government departments have produced their own criterion and published them to forums such as the National Institute of Building Sciences, these standards are all independently crafted and do not share any characteristics.

Due to its strong demand for services with increased quality and savings, Denmark is driving the adoption of BIM. It is becoming increasingly commonplace to use BIM in Denmark for large projects, if not all of them. Municipalities are moving toward digital platforms as well.

Governments have been leading the charge to require BIM. Standard-setting semi-government organizations have a key role in establishing workable solutions. There is a promotion of classification systems, setting the conditions for cross-disciplinary projects to flourish. Danish prefabrication, BIM, and VDC are considered early adopters.

Architectural, Engineering, Construction, and Operation is the second-largest industry in the United States. India is slowly but steadily focusing on BIM to make it successful. BIM is recognized as a very effective and cost-saving technology, but the country continues to implement it at the design level.

Currently, the country has a better understanding of BIM. The construction industry and clients know that BIM provides them with all the minute details involved in a building's construction. However, there is still a lack of awareness in the country. The majority of people using it are in design and engineering companies.

The German government, in recognition of evolving trends, announced the formation of the Digital Building Platform, which will comprise several industry-led organizations to develop a national BIM strategy. The official government statement called for standardizing digital planning methods, providing sample contracts, and developing guidelines for process and device descriptions. In this year's public infrastructure projects, the government will make BIM mandatory. 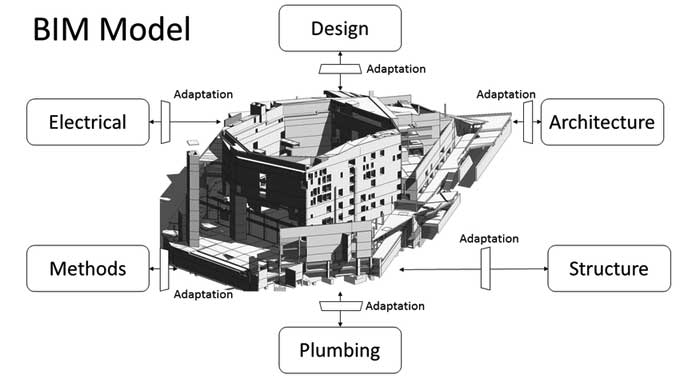