Autodesk has made a significant update to the AutoCAD for Mac product line, which comprise AutoCAD 2017 for Mac and AutoCAD LT 2017 for Mac.

With Touch Bar support options, the users can get access to turn on and off items like the grid, snaps, object snap tracking, as well as the command line window. It is a very light-handed approach.

The new Autodesk support for the MacBook Pro’s new Touch Bar comprises of default support for 10 functions which can be pulled as a set to the Touch Bar interface. The users will be able to modify this arrangement by inserting from a list of approximately half a dozen other controls to substitute in. There are various features like ISO plane, Object Snap Tracking, Grid On/Off, Dynamic UCS, Snap Mode, and Command Window for adjusting the Touch Bar while operating AutoCAD 2017.1 for Mac or the LT version on a MacBook Pro.

There are other significant UX/UI features like the new abilities to dock and undock the Layers palette and the Properties inspector. This will provide huge benefits to the users who are applying AutoCAD for Mac on two monitors and apply them in a way where the drawing window is arranged on one screen and the palettes on another.

Another significant feature is the improvement to the settings dialog. Now the Users will be able to pass their custom settings to future updates and no longer lose these upon doing so.

With great customization skills, the users get the ability to include or eliminate items from both standard pull down menus and the Tool Sets Palette.

To get more information, click on the following link architosh.com 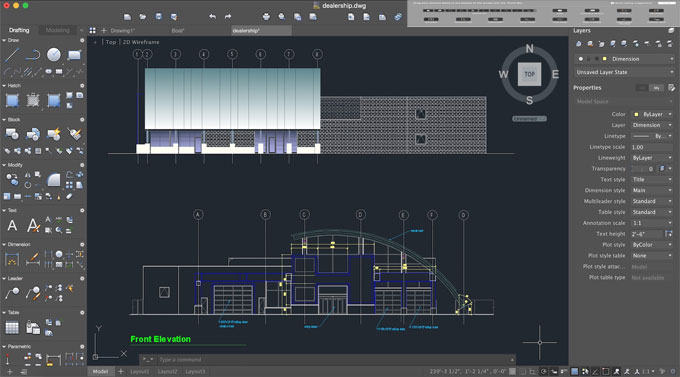