Autodesk BIM has announced the categories for this year’s AEC Excellence Awards competition for Building, Infrastructure, Construction and Sustainability. This competition has showcased about the projects that would embraced the future of making things for AEC and civil infrastructure through the use of developed and connected BIM technologies. The AEC Excellence awards have come around since 2012 seeking for the amazing works recognizing BIM in infrastructure projects around the world.

Autodesk has a pleased moment as they have sponsored the AEC Excellence Awards competition with the examples of BIM in action again for the fifth year in a row with the co-sponsors like HP, Construction Drive & Smart Cities Drive.

The awards included 1st, 2nd and 3rd place prizes for each category that showed the participants’ true inspirational projects. The best design efforts in the project has used on augmented reality, virtual reality, drones, generative design, computational design and many more with the use of BIM and Autodesk technology. The deadline of the entry was 23rd of the month of June and the name of the finalists has announced in the month of August and the winners will be announced at the AEC Excellence Awards Ceremony at Autodesk University Las Vegas 2017 in November.

The last year winners had made a wonderful project named the Varma 12 Hydropower dam in Norway that was not only a feat in physical engineering but also the use of 3D models and the mobile technologies like BIM 360 had been used on site for reducing potential communication errors and ensured everyone would be working with the latest version for reducing risk in complex projects.

The reasons of submitting the project for this AEC Excellence Awards 2017:

1. It’s easy: The competition had simplified into four categories, such as: Infrastructure, Building, Construction and sustainability. Anyone could submit up to five different projects.

2. Deserved Recognition: The participant received a public recognition by submitting and the winning projects will be added in a Showcase Book for sharing globally and also could be a featured story and available to thousands by promotions and social media. This will be downloadable and can be shared to their customers and clients. And besides winning it has become a good opportunity for the participants to work with Autodesk. 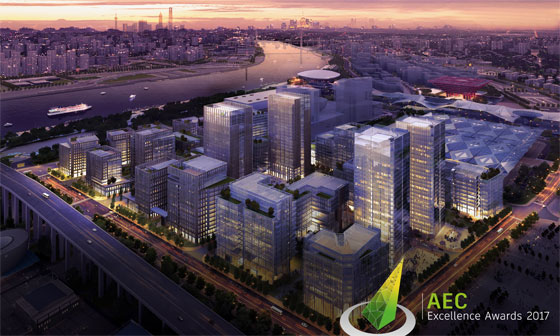 5. Meeting more people in this work: All 2017 winners in the different categories will be invited to the Awards Ceremony at Autodesk University. This event will provide opportunities for encouraging discussions, networking and collaboration with the AEC industry peers.

To get more information, click on the following link beyonddesign.typepad.com