The OpenDesign Alliance, or more commonly known ODA, is bringing a lot of new stuff towards the users of Revit and similar tools. To begin with, they have changed the name of their existing BIM SDK while adding a whole lot of new features.

ODA is well on the way to produce a suite of new tools for BIM apps like Revit and others, which will include a whole new level of interoperability.

It begins at included support for IFC. Also, now you can combine files and use them in other applications like Autodesk Navisworks.

Interoperability for Revit is the primary focus of BimRV development. It will enable other programs to use Revit files like RVT and RFA files, which was not possible or easy before. Furthermore, ODA will conjure up the possibility of creating custom, non-hosted families from other programs and use them in Revit as well as in the parent program.

ODA’s dev director Sergey Vishnevetsky, they are now working further afield into their common data access API (CDA). This will revolutionize the accessibility of BIM model tree and object properties. That means, now ODA members can create sorts of ‘BIM viewer’ apps that will let you inspect model and object properties.

The ODA has come a long way in making BIM apps more accessible and interoperable. Previously, they have introduced the ability to export JSON and OBJ files. Also, they are furthering their work on parametric models. Combined, they dream of creating Revit files from any application.

Additionally, the Visualize toolkit has been updated as well. The Visualize SDK 2020 update 2 will bring you support for progressive mesh generation. That means, you can create meshes at various levels of detail. Which means, now large models can be transmitted online directly into the app, not unlike streaming a video. This furthers their ambition of creating support for point cloud data.

Read more on this on ODA’s official web site here. 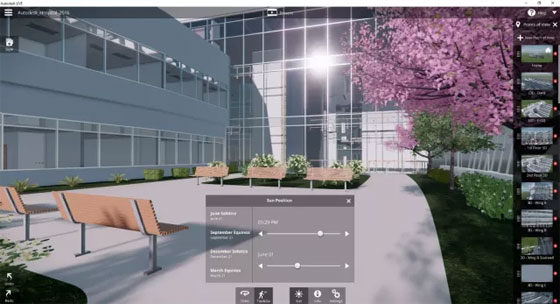