Autodesk has arranged Forge Accelerator discussion forum for the people who were interested in working with Forge DevCon.

Autodesk BIM had arranged a Forge Accelerator as a part of their Forge DevCon. It was known as Autodesk Forge Accelerator or Autodesk Cloud Accelerator and was arranged in the month of June last year in their San Francisco office. Then they arranged the first Forge Developer Conference and the whole process ended up well. They had targeted a vast range of industries for the Future of Making Things enthusiast. Forge DevCon had covered a vast range of class themes for the application development for designing product and manufacturing it.

Their expert team had created more than 50 classes for helping the influence in FOMT with the process of applying disturbing technologies for every part of the design, to make, use and manage lifecycle phases in some industries like manufacturing, engineering and building. Here is a list of the tracks and sessions that had made the Forge DevCon a wonderful and memorable experience.

1. Virtual and Augmented Reality: One of the early pioneers of VR, Tony Parisi had given the speech about an Intro t WebVR. Kean Walmsley, Autodesk Researcher and Evangelist had shown his projects with Collaborative VR by using the cheapest of the VR devices in the market, Google Cardboard.

2. Forge Basic: It was a track dedicated for the use of Forge API’s and its different applications for creating game changing business for exploring new things and discussing topics over Drones, Photogrammetry, Design Data and Visual Reporting.

3. AEC: It became a meeting point for the people who were involved with their built environment. The topics that discussed there were cloud-based collaboration for construction and building management; workflows connecting BIM with fabrication; and Generative Design etc.

There were numbers of proposals discussed for the following DevCon project. Whose application were accepted in that discussion, got a chance to work with the team for the whole week in their office on the projects of own that has used the Autodesk Forge API’s with the help of the ADN DevTech team and members of the Autodesk engineering teams. This Autodesk Forge APIs has included the View and Data, AutoCAD I/O, BIM 360, RecCap Photo and Fusion 360 APIs. A lot of new APIs also had launched in that program that can be found at their website. 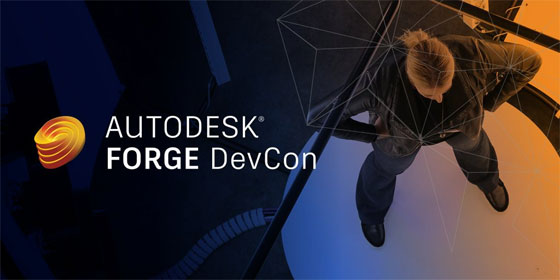