Bricsys has just released the most updated version of its flagship design software, BricsCAD V16. This latest CAD software will streamline 2D drafting, 3D modeling, sheet metal design, and BIM architecture processes in .dwg file format. It is compatible with Windows, and later on Mac and Linux. BricsCAD contains the following exclusive features :-

The exclusive Quad Cursor functionality has been improved significantly in BricsCAD V16 to draw objects as well as edit them easily.

With the latest dynamically associative array function, it becomes easier for the users to generate superior drawings. Besides, linear, rectangular, polar, 3d array and arrays alongside paths can be easily formed and edited. Clarity can be implemented to objects, layers, and plotted out. Text becomes superior with multi-column paragraphs and automatic amassing of fractions.

BricsCAD V16 extends 3D object formation to 3D surfaces, which are editable similar to 3D solids, covering those imported from other CAD programs. The new release imports and restores assemblies out of MCAD programs like Solidworks and Inventor. Besides, it imports 3D models from the most recognized SketchUp conceptual modeling tool, and BIM data from IFC files.

BricsCAD BIM (building information model) for architectural design coordinates 3D models having 2D sections, plans, and details, and reads and writes IFC files from other BIM programs. There exist the dockable BIM panel and all building materials and compositions in the BIM database can be accessed through it. BricsCAD generates room objects in V16 which are confined by wall objects. Opt for windows and doors from the library. Alternatively one can produce its own by providing parameters in the Properties panel.

By applying the redesigned drawing generation feature, the users will be able to create 2D drawings, details, sections, and sheet sets instantly out of 3D, BIM, and sheet metal models with styles.

In BricsCAD V16, some new functions are added which range from automatic feature coloring, lofted bends, and additional junction and relief shapes. With the all-new batch processing facilities the users can instantly generate families of sheet metal parts having various sizes. Support for CAM systems is enhanced for CYBELEC and DELEM.

Pricing and Availability: The BricsCAD V16 is available in English language and compatible with Windows only. Supplimentary languages and platforms will be launched in near future. The free download offers a 30-day trial of all functions of the Platinum edition. 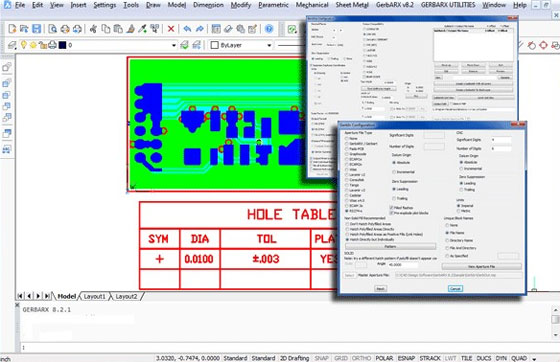