How has the pandemic prompted the use of BIM?

How has the pandemic prompted the use of BIM?

Construction 4.0: Why it?s Time to Adopt BIM and Digital Construction

The world has witnessed how digital transformation of materials worth of two years can be digitized in two months. The coronavirus has prompted more businesses to convert to digital industry. If a business wants to adapt according to the world then it is important to be ?remote everything.?

How did the Modern Digital Construction emerge?

With the emergence of Computer-aided design (CAD) the foundation of digital construction was laid in the 1960s itself which helped with the automation of digital calculation and design works. The fact that computers could be used to automate menial tasks helped with the productivity of designers and draftsmen and allowed them to work on more important issues.

The building information modeling (BIM) software was launched in the 1970s. With the addition of collaborating trades and simulation of construction workflow BIM was able to take ahead digital construction. The streamlining of project by BIM completed changed the way the industry worked. Even though BIM proved to be useful yet it took its time to become mainstream. Until recently, the need for adopting the technology was not absolutely necessary, which now it has become.

Why you must shift now?

The reason why there is a stagnation of construction productivity is because of the resistance to emerging technology, weak organization, flawed management and insufficient communication, all of which is costing the industry around $1.6 trillion annually.

It is not just productivity which is causing trouble in construction but also reworking. According to a 2018 research collected by FMI Corp and PlanGrid showed that rework has costed the industry $177 billion annually. With recent investigation of the cost of rework by the Navigation Construction Forum has found the average cost of rework is 9% of the total project cost.

The pandemic created even more pressure. IBM collected statistics which revealed how the pandemic created extreme financial pressure on executives. Nearly 85% of executives are involved in budgeting and cash flow which was double of what was reported in the previous year. With the pandemic, budgets have been tightened which has led to extreme concern regarding cost amidst the executives. Given the current situation there is little or no scope for inefficient construction practices and rework.

The pandemic has also made remote work and social distancing an important part of the process which has made digitization a priority for many business people. A survey conducted by KPMG reveals that 74% of U.S. CEOs have shifted to a digitized operation for business. With the global trend now being decentralized digital data, the construction industry will have to follow the same path.

Digitalization is the way

The stagnant productivity, expensive rework, budget issues and a call for digitization can be corrected by using BIM. By using BIM, you can lay out an execution plan for the build. BIM also helps in contributing to a central digital model of the project. This central model plays the key role where the execution of it correctly will lead the build processing in a streamlined workflow and can eliminate inefficient processes.

By bringing each trade at the same place it helps in getting rid of plans which conflict before even reaching the field. This results in decrease in rework. Rework is a product of bad planning and terrible miscommunication. By having every trade involved in creating a central BIM model helps in avoiding inevitable errors during preconstruction itself.

Budget concerns are satisfied with the elimination of errors and streamlining of the construction. An efficient BIM model helps in showing executives how the budget is used in the operation.

How BIM helps in remote collaboration

BIM helps in providing a decentralized, digitized operations where a central 3D model allows project stakeholders to plan, collaborate, and make decisions regardless of the location.

There is no need for on-site or in-person meetings. Teams which are spread across the country can make decision together based on the model.

BIM is the only way forward and one has to either adopt BIM or be left behind is what was mentioned by Keith Kulynch of Revuelta Architects in a recent interview for Graphisoft?s By Design series.

Construction being one of the oldest industries which has witnessed every other change must continue with the tradition and adopt BIM as it is the way to the future. In a world which is adopting digitization and decentralization it is important to adopt BIM. 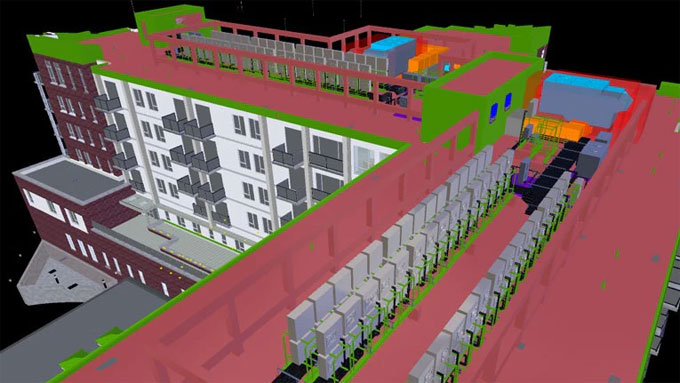