3ds Max 2018.3 Update has come with some new icon, a new feature and the updated icon which has made a change to a previous feature. Users can search for information about new or changed features, topics of new program features etc. This new version also includes very popular community feature from the Feature Request board that is fluid simulation.

Here user can create different types of fluids like water, honey or oil and as a part of fluids a new Space Warp named Motion Field has introduced. It is merely an all-in-one object combined of gravity, wind, noise, drag and geometry. There is also an updated MAXtoA Arnold render plugin which supports fluids rendering, adds point cloud support and also bug fixes.

• It allows users for creating fluids reproduction directly in the 3Ds Max with the use of Bifrost technology.
• It can create or read the BIF files for direct interoperability with Maya.
• It can save or create presets which are based on thickness of different fluid types.
• VDB files can be read or open.
• It dynamically creates knots which can be handled equally.
• Users can play anywhere as outputs knot it and are supported for faster playback.

• It is mainly a space wrap which works with Fluids, 3ds Max’s particle systems and deforms knots.
• It has combined many forces that would be done freely in previous like drag, wind and gravity.
• It has the capability of turning definite components on or off as it needed.

• There is the Arnold MaxtoA released notes for detail information.
• It is comfortable with Fluids.
• Has updated to Arnold 5.0.1.3
• Knots can be volume containers.
• Global AOV shaders are exposed.
• Indirect AOV checkbox is added to skydome light.

• RGBA or beauty AOV is now allowed.
• Indirect Sample Clamp and Indirect Specular Blue are also shown in rendering options.
• Thin film section is added to the Standard Surface shader.
• A strength parameter is exposed by Normal Map shader.
• Coat built-in AOVs have added.
• Mesh light sampling has improved.
• Shaper quad and disk light has spread.
• BHV build has become up to 2x faster than before. 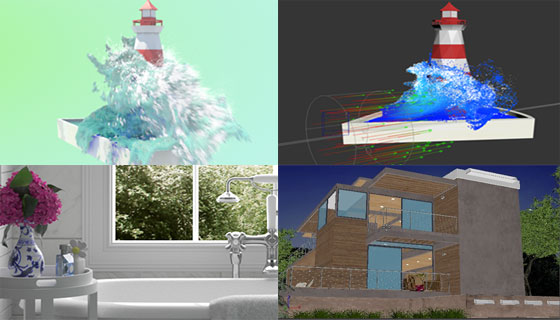 • It supports point cloud objects.
• Min_pixel_width is added to the Arnold property modifier.
• “Skip License Check” is renamed as “Render with Watermarks”.
• Scene information is added as metadata while exporting to .ass file.
• OIO is upgraded to 1.7.15.
• OSl is upgraded to 1.9.0.
• New CLM license has appeared.

To get more information, click on the following link autodesk.blogs.com