This release offers AutoCAD for Mac for the German-language markets (DACH countries) and Japan. As soon as the app is set up, just choose your desired language from the Application Preferences dialog and restart AutoCAD for Mac.

Given below, some exciting features of AutoCAD 2019 for Mac

The new DWG Compare feature in AutoCAD 2019 for Mac and AutoCAD LT 2019 for Mac facilitates the users to efficiently recognize the graphical differentiation among two revisions of the similar drawing or Xref.

Now, the users will be able to view significant variations, recognize clashes, and review constructability and more. If revision clouds feature is activated, it will further focus on the alterations and it is possible to run through each change to ensure that each new change is updated.

This option allows to purge numerous objects immediately. A new user interface for the Purge command is included to purge numerous types of objects simultaneously. By default, all named items are chosen for purging.

The newest Purge improvements are simple and user-friendly.

The Plot Preview dialog is also significantly modified. The more frequently used options are now placed at the top for easy availability. With the new layout view, it is now possible to view how your layout will look post-plot and change settings to reflect the changes in real time.

With a new Views and Viewport feature, the users will be able to produce views at the time of designing, then rapidly include any of the saved views in a layout in paper space. The NEWVIEW command generates a named view from what’s demonstrated in the current viewport, or from a rectangular window already settled.

With new View Gallery, the user can insert a named view from the toolbar. Thus a view in paper space can be created quickly and the time is saved for modifying the view by zooming in and out.

A new XREFLAYER system variable facilitates the users to indicate a default layer on which new Xrefs are included, saving the user from having to modify the Xref’s layer after inclusion of each. To ease the process to view which Xref layers contain overrides, a new Xref Overrides layer filter is automatically generated once the overrides are employed. 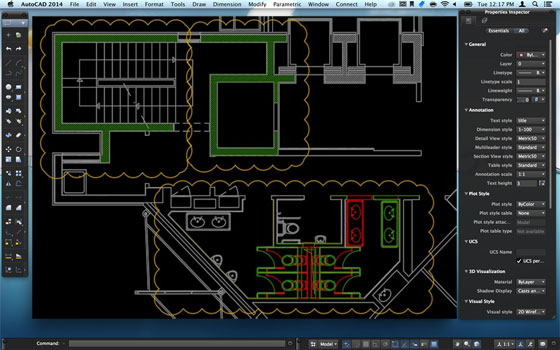